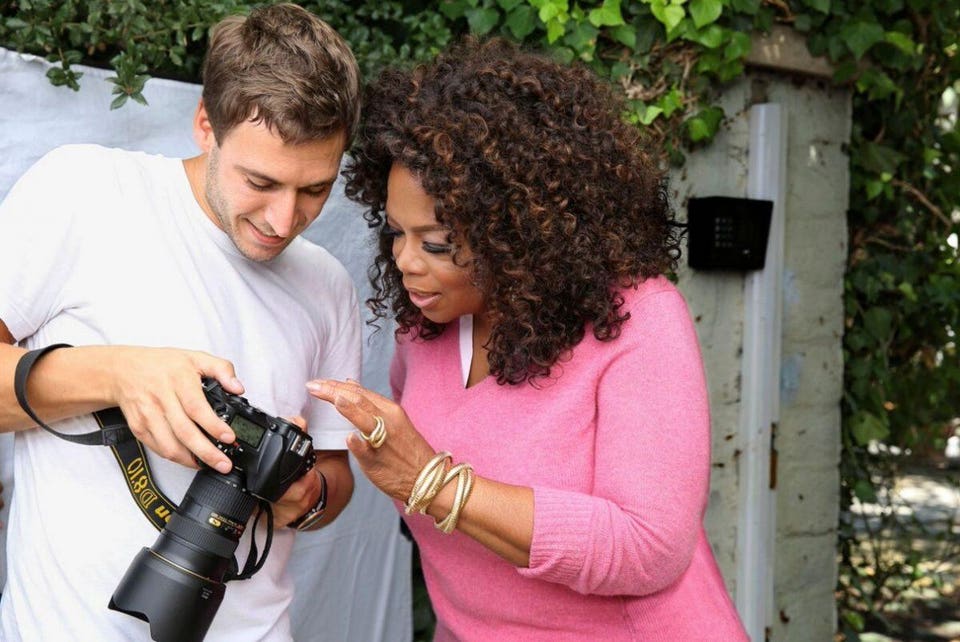 In 2011, three creative freelancers on assignment, Jake Rosenberg, Stephanie Mark and Erin Kleinberg sat down to lunch and dreamed up a website of their own. The concept for Coveteur was to give readers a behind-the-scenes look into the homes, closets and style of global tastemakers. “We wanted to explore the lives of the insiders who set the trends,” explains Rosenberg whose distinctive modern-meets-glamourous photography defined the site’s look. “It was all about celebrating style and fashion.”

The Coveteur was an instant success. The day it launched, thanks to the strong behind-the-scenes content, plus Twitter shoutouts from fashion insiders, the site had so many visitors that it crashed. Today, Coveteur is known for its trendsetting take on everything from fashion to beauty to travel and has a board of advisors that includes Bobbi Brown, Cindy Crawford and Prabal Gurung.

While many sites and digital brands are able to master content, Rosenberg and his partners have also managed to make the site a financial success. In the past four years revenue has skyrocketed, growing 400%  thanks to its sophisticated branded content, advertising, affiliate marketing, and e-commerce. Here, Rosenberg explains how the brand took off and how he went from a 23-year old photographer to industry powerhouse.

Sara Bliss: Coveteur is really at the center of the style, beauty, and lifestyle worlds, but growing up in Canada, your passions were all about being outdoors. How did you end up in this space?

Jake Rosenberg: It’s interesting how I ended up in the luxury fashion and lifestyle space. Skateboarding and snowboarding are what initially introduced me to photography and videography when I was 13. I also was heavily influenced by the whole hiking, camping and adventure travel world. In high school and college, I guided paddling and hiking trips and spent my summers living out in the woods and my winters living in the snow. It really shaped who I am now. At Coveteur I have to make sure everyone is taken care of in a lot of different ways. I think that goes back to when I used to take people out into the middle of nowhere. It was all about safety, having a good time, and making sure everyone is comfortable.

Bliss: How did you make the leap into fashion photography?

Rosenberg: I looked at the photographers that I admired and I reached out to photographer Chris Nicholls. I had never shot fashion before, but I sent him a cold email and got a response. I worked for him for free at the beginning and stayed while I was pursuing an Industrial Design degree. I wanted to learn from people that I admired, and working for Chris really taught me about light. A lot of the guys that I know, nobody really taught us how to shoot. At a young age, we went out and experimented. It wasn’t until I started to work with Chris that I started to have a better understanding. That, plus a design degree—learning about the way that products are made and brands are created—putting that all together worked so well.

Bliss: How did Coveteur begin?

Rosenberg: I was working on a lookbook for a clothing line with Stephanie Mark and Erin Kleinberg in Toronto. We went to lunch and decided we wanted to start our own passion project. That’s how Coveteur was born. We all had different skillsets and entrepreneurial thinking. I came from a photography and design background. They came from the fashion world. We put it together and launched the brand January 2011. The site crashed the day we launched. We were not expecting that at all. It was great. 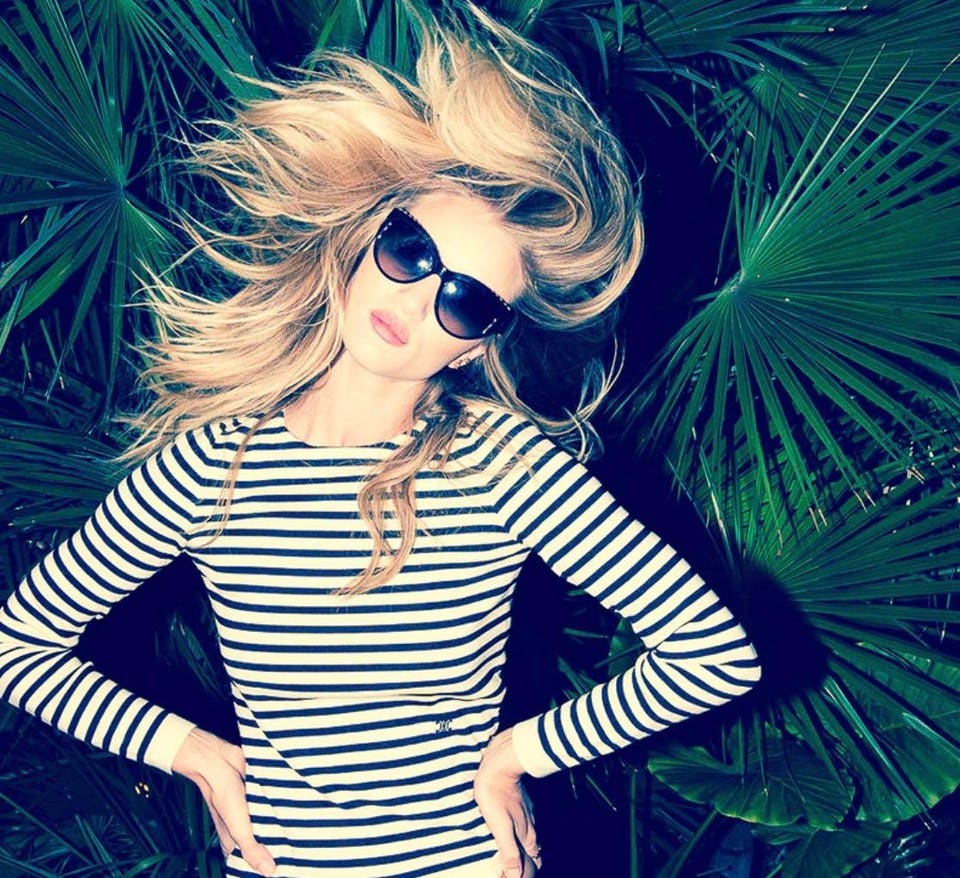 A photograph of Rosie Huntington Whitely for Coveteur

Bliss: How did you go from having the idea to making it a reality?

Rosenberg: We built the foundation of Coveteur on the relationships we had. We would go to somebody’s house, go through their wardrobe, and photograph and document it with a very unique aesthetic alongside an interview. We worked with people who inspired us and looked at who inspired them. Then the people we photographed would say, “That was so much fun. Go shoot my friend.”

Bliss: Your photography is so distinctive—this perfect combination of modern and glamorous. Was that the look you set out to create?

Rosenberg: That bright, energetic, vivid style that became known for Coveteur, it wasn’t something that I set out to do. It became something that we integrated into the brand because it worked so well. It also came down to having only two hours to go into somebody’s house. How can I capture as many unique and fun moments as possible with no help, no equipment, no anything? I wasn’t necessarily trying to create a style; I was just trying to create an image, and in turn created a style.

Bliss: How soon did Coveteur become your full-time job?

Rosenberg: Veryshortly after we launched, and especially after it started to do very well from the beginning, we did make it our main focus. We self funded it at first. It was about six months after launch that we started to bring in some revenue and work with different brand partners. That’s when the first brand reached out to us and wanted to work together.

Bliss: How did you make this work financially?

Rosenberg: We didn’t create Coveteur to be covered in banner ads and media. We really cherished the content. It was supposed to be about the imagery and the people showing through and not cluttered by anything. When we did start to get approached by luxury brands, we worked with them to help tell their story of new products, or people within their organization, and create these beautiful pieces of content from more of a commercial perspective. That’s how we started making money at the beginning of this branded content craze. 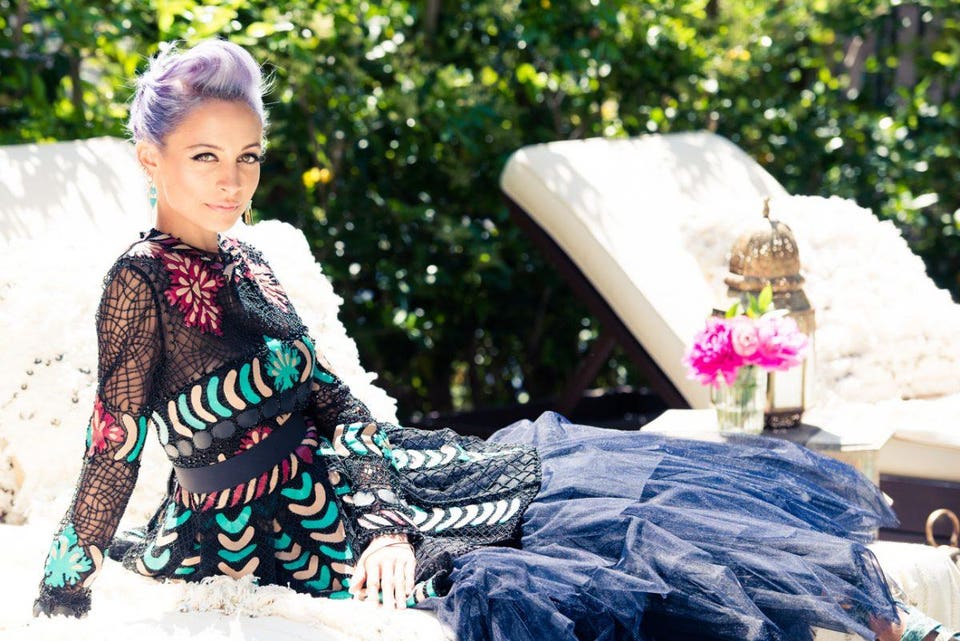 Bliss: How is your job different now than when you started?

Rosenberg: My job has evolved so much over the years. For the first four years I shot every single image on the site. In addition to my job as photographer, I ran the website and managed design and e-commerce It was a startup. Everybody did so many different pieces. Now that we’ve grown into a media company, my role is overseeing creative direction for the brand as a whole. I now focus majority of my time working on our top-tier brand clients to develop and lead creative content. On the editorial side of the business, I focus my time working with our bigger talent opportunities.

Bliss: What has it been like starting out as an exclusively creative person and having to take on the business side?

Rosenberg: One of the biggest pivots in my life that I didn’t expect was on the business side of things. We have everything from a sales team to a production team to an executive team to a creative team. I’ve learned along the way. It’s been a lot of trial and error. I did not go to business school. It is also a challenge. I am a creative at heart and in life, but then you have to put on your Cofounder hat and sit in meetings and talk about finance. I just shot Debra Messing yesterday, then I came back to the office and sat in a meeting with our CFO and talked revenue strategies. Now we’re starting a new chapter of Coveteur. The media industry has changed a lot over the past couple years. I’ve very excited for you all to see what’s coming out soon.