Via The Business of Fashion

The companies declined to share the terms of the deal, but market sources estimate the price at around $15 million.

Coveteur was founded in Toronto by Jake Rosenberg, Stephanie Mark and Erin Kleinberg in 2011. The site quickly developed a distinctive photographic approach through its closet series, featuring the homes of fashion creatives such as stylists, editors and designers who typically worked behind-the-scenes. The site has since expanded to cover beauty, wellness, travel and other fashion lifestyle-adjacent topics through images, written content and video, with a staff of 21 full-time employees based mostly in New York and CAD $585,000 (around $435,860) in funding from backers such as rapper Drake. The company has also experimented with product collaborations within these categories, including sunglasses produced by Karen Walker.

Today, Coveteur makes the bulk of its revenue through branded content (which can include images, videos and events) and traditional advertising, followed by white-label campaigns, photo licensing and commissions from online sales.

Since Kleinberg exited the business in 2013, Coveteur is currently run together by Rosenberg and Mark, who will stay under its new owner and move the company to Great Bowery’s namesake building in Soho. The goal now is to hire more people, create more product collaborations and produce more video content and events.

For Great Bowery, the acquisition is meant to expand the type of services it can offer its fashion clients: businesses which need to create more content across different types of media than they did in the past. 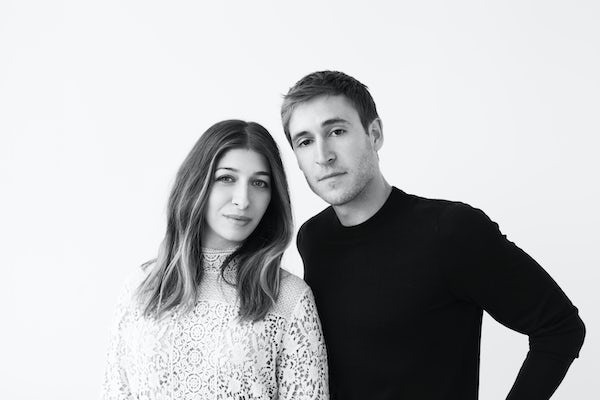 The talent representation business is less lucrative than it was when clients only needed photographers and makeup artists for two big campaigns per year, and print magazines had bigger budgets. Today, more media companies offer their own in-house creative agencies, more brands are expanding their in-house creative content teams and top talents are striking out on their own.

An understanding of these changing forces was founder Matthew Moneypenny’s reason to found Great Bowery in the first place back in 2014, when he united 12 organisations behind fashion’s image-makers with funding by Waddell & Reed, an asset management firm based in Overland Park, Kansas, with the goal of creating a super-agency that would find new business opportunities for creatives leaders in fashion.

But Moneypenny exited in May 2017 due to disagreements with Waddell & Reed, and the company has had a few tumultuous years since. A deal to sell to larger rival IMG fell through at the end of 2017, as did plans to merge with MAO Management Artists in 2018. Moneypenny’s successor Richard Companik left less than a year after assuming the chief executive position. Several of the founding partners, leads of their agencies, have also since left in recent years: Howard Bernstein of Bernstein & Andriulli and Beverley Streeter, Liz McKiver and Robin Jaffee of Streeters. (Bernstein still has equity in the business.) Great Bowery has also lost some of its biggest talents, including photographers Inez and Vinoodh, stylist Karl Templer and Love magazine’s Editor-in-Chief Katie Grand, who have each since hired their own full-time agents.

“Our clients, like everybody in the business, are under pressure financially; they are being pushed to do more with the same or more with less,” said Great Bowery Chief Executive Liz Sands. She assumed the role in April 2018 and was previously the chairman of the board following Moneypenny’s exit. She came to Great Bowery through Waddell & Reed, which she advised, and has a background in operational restructuring and private equity. Since becoming CEO, she has focused on streamlining operations.

Sands said the acquisition of Coveteur made sense after observing changes in the market.

“What we see from our client’s perspective is they are looking for a more integrated approach from the organisations that they work with that supply creative services,” she said, adding that her strategy for Great Bowery is to sit between larger agency players that move too slowly because of their size, and smaller, underfunded creative service companies that can’t execute on complex projects.

Sands added that the goal is to now become “greater than the sum of [their] parts,” and allow each sub-agency in the Great Bowery umbrella to grow without losing their boutique, entrepreneurial culture and without scaling costs.

Both Great Bowery and Coveteur plan to work together to create more product lines, both under the names of Great Bowery’s talent roster (for example, a hair products line fronted by a hairstylist) and under Coveteur’s brand name. As part of this strategy, Great Bowery recently hired Brigid Walsh as head of strategy and development; she was previously the head of global business development for Mario Testino’s agency (which has since imploded after #MeToo allegations) and the head of partnerships and communications at Vogue.

“I think for us it’s being able to staff up and have the right resources to execute all the ideas and initiatives that we want to do,” said Mark. “We wanted to make sure we found a partner that shared those values,” added Rosenberg.

Coveteur counts an average monthly online audience of 880,000, according to Similar Web.