Via The Zero Proof

Acid League’s Wine Proxy program may be the most ambitious non-alcoholic beverage project ever launched. While other brands might release three products in their lifetime, Acid League releases a set of three new alternatives every month, complete with detailed tasting notes and food pairing suggestions.

The driving force behind this perpetual innovation and experimentation is Charlie Friedmann, whose title, Head of Words/Head of Wine Proxies, sounds appropriately like a position at the Bureau of Surrealist Research in 1920s Paris. Charlie was kind enough to chat with us at The Zero Proof, to give us a peak behind the curtain into the process that makes the continuous creativity of the Wine Proxy program possible.

For those who aren’t familiar with Acid League Wine Proxies, they are non-alcoholic blends of teas, juices, vinegars, herbs, spices, and often stranger ingredients designed to be paired with food, just like wine.  You can order them from the Acid League’s website, or you can subscribe to have them delivered to you every month (which I do). In addition, they have five varieties available full time for stocking your cellar (which you can find them for sale at The Zero Proof).

Though Wine Proxies aren’t actually wine, they have the full body and intense flavor that is often missing from wine that has been de-alcoholized. Sometimes they taste spot on like an identifiable varietal, sometimes they just give the impression of one, and sometimes they taste nothing like wine at all (or anything you’ve ever tasted in your life, for that matter). At their strangest and, in my opinion, best, Wine Proxies taste like works of surrealist art, like half remembered dreams you keep sipping to try to recall more of the missing frames. They are poetry and fairytales written in liquid.

Charlie grew up in Montreal, where his dad and uncle worked together in the food business in a city known for excellent cuisine, but he initially decided to work in another field entirely. He graduated from law school in New York and went to work in corporate law just as the economy crashed in 2008, and found it, predictably, miserable. He stayed in New York for a bit doing restaurant consulting. “I had about five half-started, never-really-came-to-fruition food businesses,” he says, before moving back to Canada, this time to Toronto, to help a friend start their own business venture in the athletic wear industry. 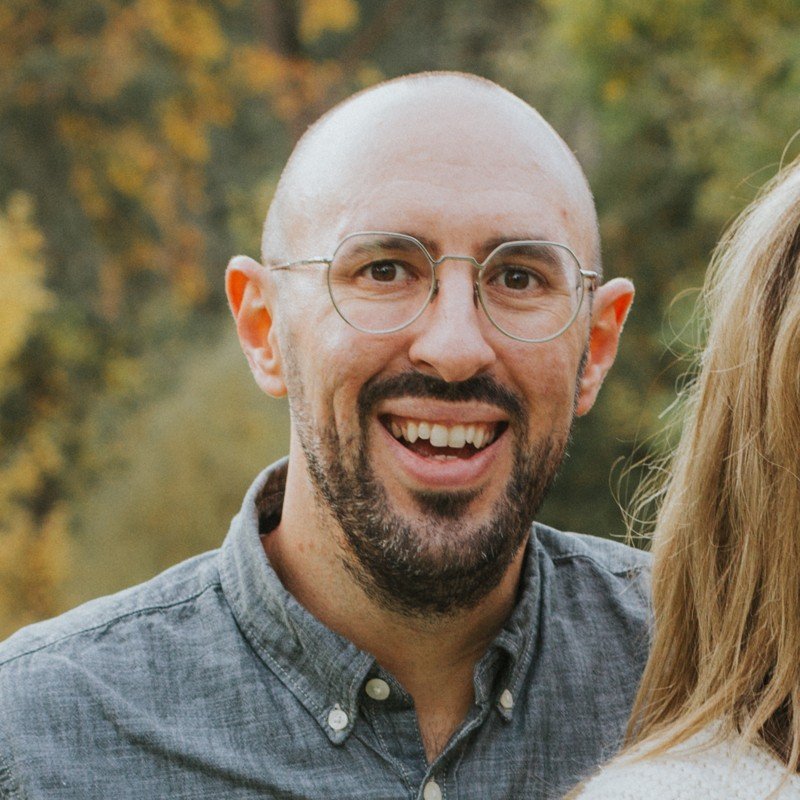 But food kept calling him back.

“It wasn’t my passion, it was my friend’s passion,” he says, “so I took a food writing class on a whim.” The final assignment was to write a fake pitch for a story to an editor, but his teacher insisted he actually use it. “It became two stories in the Globe and Mail, the national newspaper in Canada,” he recounts with a matter of fact humility, “and I spent a few years pursuing that because it was fun and interesting and something I actually did like. And from that, I came to Acid League first as a freelance writer.” He wrote all of the text for the brand and website, as well as sourcing and editing all the stories for Acid League’s Living Culture, a print magazine on all things sour and fermented. As the business grew (and more words were needed), and the Wine Proxies subscription launched as a fully formed and very time sensitive branch of the company, Charlie came on full time to lead the program.

Making a wine alternative wasn’t always the plan for Acid League, though they did plan on making a beverage of some kind. As a company that launched with unusual vinegars, shrubs were the obvious first idea, but Charlie says they wanted something that was made to enjoy with a meal. “You went to some of the best restaurants in the world and you saw that they were able to do interesting non-alcoholic pairings, but most places aren’t able to devote a staff of 40 people to a research lab like Noma is, who are paid, and able to create something on their own.” There really were few options for a restaurant to purchase to serve to their customers who weren’t drinking alcohol. “You had de-alcoholized wine that nobody really respected, and you had these non-alc spirits doing well, you had non-alc beer doing really well, and their taste delivers. But in wine, there’s a reason people don’t respect that product: it’s always going to be a lesser-than product unless you really, really fix the technology. And we started to realize that there was this space for a non-alcoholic wine alternative that no one was really attacking.”

So how does a writer, rather than a food scientist or a chef, end up leading a beverage program? Acid League has always projected a little touch of artistic madness, and they’ve earned their reputation for it from the beginning with their launch of weird and wonderful vinegars and other acid based and fermented products. But engaging a writer to head up a beverage program just may be the most inspired madness of all. For example, “Wine Proxies,” a term Charlie coined, has become nearly ubiquitous  to describe non-alcoholic drinks that fill the same role as wine, even those that aren’t made by Acid League. Charlie explains that the approach was “not necessarily to recreate wine flavors, but to recreate the characteristics of wine that make it a good food pairing, that make it an interesting thing to drink with your meal. And that’s having body, texture, balance, a tannin structure, things that are pretty rare in non-alcoholic drinks, especially the textural element, and we can layer all kinds of flavor on that framework. That’s what makes it ‘Proxies’.”

This is emblematic of Acid League’s technique: start first with the feeling, with the idea, and build the flavor to tell its story.

I asked Charlie to walk me through the experience of creating what was my very first Proxies set— Sleepless in Sendai, Greener Grass, and B Complex. “We were thinking about seasonality” for that set. “That was the idea of early spring. One of the signs of early spring in Japan, but also in Toronto and a lot of other places, is the cherry blossoms are blooming. That was literally the jumping off point. Sometimes that translates in the glass at the end, and sometimes it goes through three iterations and it makes less sense than it did, but there were plum blossoms and cherry blossoms in [Sleepless in Sendai].” The result was one of the most interesting things I’d ever tasted, not wholly unlike a rosé, but with acidity not from fresh berries or hibiscus, but ume plum.

For Greener Grass, he wanted a “super fresh, the green is just sprouting out from the snow idea” which led to what I think is a mind-blowing combination of what Charlie says are “green fruits, a little vegetal, a very fresh green tea that has those herbal notes, and tastes,” he hesitates for a moment and then chuckles, “green, for lack of a better word.”

When I mentioned to him that, of the three, B Complex was the most familiar in flavor, like a good riesling, he laughed. “It’s funny  that you say that’s the most understandable flavor wise, but from a story perspective, Devin [a trained wine maker who now works full time making Wine Proxies] was like ‘I really like bees in the spring, and early spring honey,’ and we just ran with that ,and this idea of like the whole cycle of the bee. We’ve since decided to make them all vegan, so we can’t actually do that one anymore, because it uses honey, but to me that was a really fun one because it’s definitely sweeter than most, but I think really high acidity and balanced and some really cool aromatics and citrus mixed in with it. But I agree that it comes from a profile that you can understand, but story wise the approach on that one wasn’t ‘Let’s take inspiration from riesling,’ it was really this sort of ephemeral idea of the life cycle of a bee. It was very abstract and strange but I think you quickly got to this idea of ‘What is a wine that has sort of honeyed and golden qualities?’”

The process wasn’t always so poetic. At first, Charlie and his team set out by referencing the flavors and notes of specific wine varietals. “It wasn’t that Tripping in Alsace was meant to be an Alsatian Gewurztraminer, but it was still taking inspiration for the aromatics from that.” But within a month or two they were turned away from wine and started to look elsewhere for inspiration. “I think we’ve realized that people appreciate more, and it’s not a good comparison anyway, when we are more creative than that, and I think we like them better that way, as well.”

Sauvage, which is now available year round, was the first one that completely moved away from emulating an existing wine, and “is a really important one for our story of Proxies. Sauvage was a completely different story where we said, ‘Where are we from? What does it mean to us if we explore Canadian terroir and turn it on its head?’ Which is sort of the idea of proxies entirely, to redefine what wine can be, what this occasion of wine can be, and redefine what a non-alcoholic wine can be.” Charlie took terroir to mean not just the ground in which grapes are grown, as the wine industry does, but anything grown in Canadian soil, even the forests. “We have great crisp apple juice here, let’s start with that; and spruce tips that are foraged, and pine needles. All these things that we’re finding different ways to extract.”

In January, Wine Proxies will celebrate their first birthday, which seems incredible for a beverage program that has already produced 30 different varieties and is already stocked in some of the most prestigious restaurants in North America; to name a few: Gramercy Tavern in New York, Atelier Crenn in San Francisco, Majordomo in LA, Wherewithall in Chicago, and, most impressively, The French Laundry in the very heart of Napa’s wine country. So what is on the agenda for a second year of Proxies? “The future of Proxies, because they are meant to pair with food, is getting them to these tops chefs and restaurants, and the response has been really strong so far,” Charlie says, including a collaboration with a James Beard Award winning chef about which I am sworn to secrecy, but will be revealed in January. “The second part is that online, I think you’ll see the offerings become a little more distinct,” between the monthly set of three and the always available bottles. “It’s still a push to get three every month, but as we figure out a little better how to do that every month, I think we an do some fun things that we’ve been unable to fully explore in the past.”

He closes by confirming that it is curiosity that drives the quality of Wine Proxies and sets them apart from others in the category they defined. “We really want to keep refining and working to make these Proxies as good as they can be and keep improving, and we always have that experimental thing at our core.”

About the author: Suzan Eraslan is a non-alcoholic mixologist, DJ, and audio editor in New York City, creating and sharing zero proof cocktails every week on her newsletter 5PM Eternal (https://5pmeternal.substack.com). When she isn’t experimenting with non-alcoholic spirits (and sometimes when she is), Suzan is watching every movie ever nominated for Best Picture for the Screen Test of Time podcast.

OUR INVESTMENT IN ACID LEAGUE MEET ACID LEAGUE: THE EXPERIMENTAL VINEGAR COMPANY PUSHING THE CATEGORY TO THE NEXT LEVEL